The organising committee of the Dublin Gastronomy Committee are grateful to our academic and industry partners who have contributed generously to the success of this biennial event.

As the National Tourism Development Authority, Fáilte Ireland’s vision for food tourism is that ‘Ireland be recognised by visitors for the availability, quality and value of our local and regional food experiences which evokes a unique sense of place, culture and hospitality.’ This could be described as culinary travel, culinary tourism, food tourism, or gastronomic tourism, for example. What’s the difference? It depends on what is actually offered to the tourist. Culinary tourism suggests cuisine and dining, food tourism, the products. Gastronomic tourism describes the kinds of experience that visitors, motivated by an interest in food and drink, eating and drinking, actually seek.

Whatever the label, this kind of tourism offers Ireland means of enhancing and extending the tourist spend without compromising the environmental, social or cultural fabric of our destination. It also offers a scalable, cost effective means of local and regional development, with the potential to strengthen identity, enhance appreciation of the environment, and encourage the regeneration of local heritage and the local economy.

The importance of promoting a cross-sectoral understanding of gastronomy is integral to the success of our vision – hence our support for this, the Dublin Gastronomy Symposium. We look forward to a wide ranging debate. For further information, please check http://www.discoverireland.ie/food. 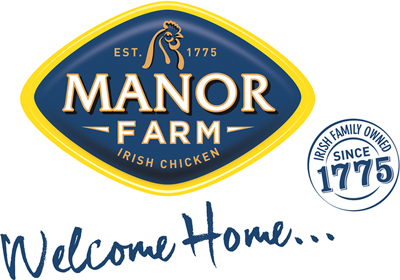 Manor Farm is one of the largest chicken producers in the country. Owned by the Carton Family it began in 1775 as a small trader in the markets of Dublin City where poultry was brought in from the surrounding countryside and sold to city dwellers. In 1956 Manor Farm introduced the chicken as we now know it today into Ireland. In 1970 production moved from the heart of Dublin to a custom built factory in the heart of Cavan at a small village called Shercock on the shores of Lough Sillan. Proud of being Irish, the company employs 824 people directly, contracts a further 160 farmers and gives indirect employment to many more throughout the 26 counties. Manor Farm is also committed to the Love Irish Food campaign which will guarantee the consumer that Irish products are kept on the shelves and will keep jobs in Ireland. Nowadays Manor Farm – with its unique plant number IE 803 EC - has one of the most modern processing facilities in Europe producing up to 600,000 birds per week at its home in the heart of Co. Cavan. The company supplies its Irish customers from all the major supermarkets local stores and butchers as well as for sale abroad. Their production plant at Shercock has recently completed a major €13m overhaul and is now one of the most modern and sophisticated in Europe.

1775 – the year that Manor Farm was established.

Gallagher’s Boxty House is a traditional Irish pub-style restaurant located in the heart of Temple Bar. The restaurant offers unique Irish food presented in a contemporary, European context, specialising in light Boxty pancakes cooked on a hot griddle and served with a range of fillings, each soaked in one of the restaurants own unique sauces.

Gallagher’s Boxty House is the brainchild of Padraic Óg Gallagher, a native of Mohill, County Leitrim. The restaurant opened its doors at Number 20, Temple Bar in February 1989, with seating for just 30 people.The restaurant achieved amazing success in its first year, so much so that Padraic Óg was able to expand into Number 21 Temple Bar within six months of opening! Further success enabled Padraic Óg to develop the basement area of both units in 1997 to the 110 seats that the restaurant holds today. Today the restaurant caters for up to 3,500 guests each week.

Sheridans Cheesemongers have been retailing, wholesaling and exporting Irish Food for 15 years, since the business was established by brothers; Seamus and Kevin Sheridan. They have shops in Dublin, Galway Waterford and also in Meath where their warehouse premised is located in the heart of the countryside in a converted train station. Over the years Sheridans have had the opportunity to work with many of Ireland’s finest artisan producers; despite the name, Sheridans are not limited to cheese! They work with butchers, chocolatiers, chutney makers, biscuit producers, farmers, fish smokers and on the list goes. At home and abroad, Sheridans now wholesale a huge array of Irish artisan foods across many categories and work to continually source new and exciting quality Irish products. http://sheridanscheesemongers.com/

Founded in 1805, Mitchell & Son is Ireland’s oldest family-run wine and spirit merchant. Having resisted the temptation of being taken over by a multinational company, it remains to this day the only wine company in Ireland to be owned and run by the descendants of the founder. The family business imports and distributes fine wines and spirits from all over the world and are proud purveyors of their own single pot still Irish whiskey brand, Green Spot. Mitchells operates two shops in the CHQ Building and in Glasthule as well as an e-commerce web site, http://mitchellandson.com/

Meet in Ireland is the official MICE (meetings, incentives, conference and events) brand and website for the island of Ireland. The Meet in Ireland team works closely with industry partners including Tourism Ireland in over 20 market offices worldwide, Regional Convention Bureaus, Professional Conference Organisers, Destination Management Companies, venues and other service providers. Meet in Ireland promotes Ireland as the unique combination of people, place and proximity that naturally lend themselves to the delivery of world-class business events. 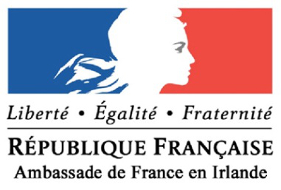 The French Embassy in Dublin was originally located at 53, Ailesbury road, Ballsbridge, Dublin but moved to a Georgian townhouse in Merrion Square in 2015. The current ambassador is H.E. Jean-Pierre Thébault. There have been long standing connections between Ireland and France including Wild Geese, the Lynch, Barton and Hennessy families who amassed wine and spirits fortunes in France, the Irish Brigade that fought for two centuries for France, the Battle of the Somme, Oscar Wilde, James Joyce and Samuel Beckett. The Embassy looks after its own citizens here in Ireland and those engaged in cultural, business and leisure interactions with French life and culture. 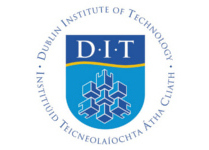 With a history stretching back over one hundred and twenty years, Dublin Institute of Technology has been recognised as a pioneer in technological higher education: the Institute's alumni have played important roles in technical and scientific innovation, economic and social development and culture and education both in Ireland and internationally. We nurture innovation and creativity across and between disciplines and have been committed to making education accessible to people from diverse backgrounds since our inception. 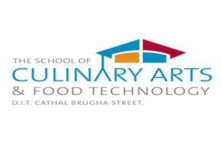 The School of Culinary Arts and Food Technology has been in existence under different guises for over half a century and has an international reputation for the excellence of its graduates. It is the leading provider of education, training and research for the culinary and food related industries in Ireland. Graduates are working successfully in senior positions both nationally and internationally in restaurants, bars, bakeries; food product development, food retailing, food education and a number have opened their own businesses. The School provides a range of unique and innovative programmes (usually first in their field) in a modular format including higher certificate, degree, master’s degree and PhDs. Culinary Arts and Food Technology is a multidisciplinary field and areas of study include culinary performing arts, gastronomy, bakery operations, bar management, food product development, health, hygiene & safety and wine studies. Research interests include, food allergies & anxieties, organic foods, nutrition & wellbeing, value added food products, enterprise & technology, food safety, quality enhancement and the culinary performing arts, new food innovation, food management systems, gastronomy & culture.

The National Centre for Franco-Irish Studies was set up after the hosting of an extremely successful conference in ITT Dublin in 2003. Since that date, with the exception of one year, the NCFIS has organised annual conferences in various venues in France and Ireland and has in all cases published the proceedings, sometimes in two volumes. The NCFIS seeks to create an environment in which research into the cultural, literary, commercial, philosophical and historical links between Ireland and France can be examined in a scientific and rigorous manner. It also provides a space where emerging scholars can congregate to develop research areas that are germane to the Centre’s mission: a number of PhDs and Masters Candidates have graduated from the NCFIS with more currently registered and studying at the NCFIS.