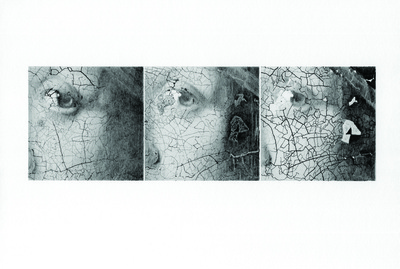 Project Gutenberg presents the works of seven artists who evoke the same conclusion: from type to digital, from classical typography to offset technology, printing has evolved more in half a century than it has changed since the invention of printing. Multiplying differents approaches of drawing, the works play with codes of modern reproduction technologies, through processes of graphic translation as a return to the tradition of the manuscript. Some of them situate in the field of drawing a common reference : the space defined on the page, a calibrated surface containing texts or images. From a reflection on the medium of the work to the evocation of its relationship to time - through the X-ray and photography - the artists investigate the conditions of appearance and circulation of images.