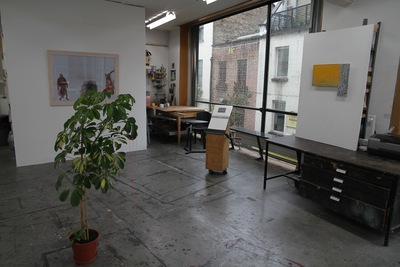 September 2013 marks the 30th anniversary of Temple Bar Gallery + Studios, an organisation that began as an artist’s initiative and remains artist governed 30 years on. Over the years hundreds of artists have made use of the studio spaces at TBG+S, and countless works of art have been produced in the building to be disseminated around the country and the world. As part of the celebrations to mark this special occasion the current studio artists at TBG+S have invited past studio artists back to exhibit work in their studio spaces over three days, from Tuesday 24th – Thursday 26th September. During this time, the participating studios will be open to the public, and we hope to welcome many more visitors and past artists back to celebrate with us the rich history of visual art that has been produced within the walls of our building since September 1983.

This event is organised by artists and is inspired by a similar project which took place upon the launch of the redeveloped TBG+S building in 1993.

Curated by Joe Hanly and presenting work by