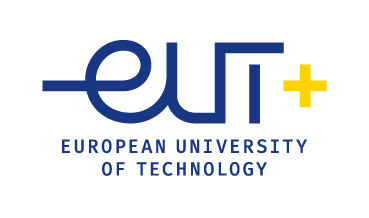 Techné Logos and the (Neg) Anthropocene: the First Annual Conference of the European Culture and Technology Laboratory

This work is licensed under a Creative Commons Attribution-Noncommercial-No Derivative Works 4.0 License.

The European Culture and Technology Lab (ECT Lab+) is part of the European University of Technology (EUt+) which commenced in 2020 and is funded by the European Universities Initiative. The ECT Lab+ poses questions about the relation between culture and technology, the emerging environments (or milieux) of technology which are cultural, cosmological, technical, social, economic, and political. The emerging environment could be considered as a study of evolution, a history of technical organs, this we can term a general organology. The ECT Lab+ brings together researchers who are interested in the impacts of technology on society, these impacts can be both positive and negative; this we can term a pharmacology. Following on from the recent material turn in philosophy of technology, the ECT Lab+ conceives of technology as part and parcel of the process and practices of becoming human in the world. Hence the title of the ECT Lab+ reflects the positioning of technology within a culture, acknowledging that technology is not built in a vacuum but in and for society. The second aspect of the cultural environment of technology stems from the philosophical positioning of technics, technē and technology within their cultural locality or milieu. The ECT Lab+, therefore, encourages research which recognises the localised and situated knowledge contexts of technological innovation. The ECT Lab+ acts as a metastable structure, which is akin to supersaturation, a crystallising that can occur in relation around certain thematics, for example Technological Foresight and responsibility or epistemology, ethics and artificial intelligence. The ECT Lab+ takes into account the instability of the milieu (locality) and allows for the undecidability, contingency or indeterminacy of the cultural environment of technology or technological tendencies.